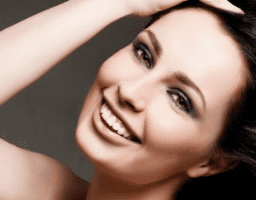 This injectable treatment for wrinkles is made from the same neurotoxin (botulinum toxin type A) as Botox. Dysport (formally Reloxin) received the approval of the U.S. Food and Drug Administration (FDA) for use as a wrinkle treatment in the spring of 2009, but it has been smoothing out facial folds and lines in Europe, South America, and elsewhere for several years. Like Botox, this injectable was originally developed in the 1990s to treat neuromuscular disorders.

Dysport is similar to Botox, although some research suggests that Dysport may be faster-acting and longer-lasting. It also spreads farther from the injection site, thus allowing a broader area of small wrinkles (such as the “crow’s feet” lines that splay out from the corners of the eyes) to be treated with fewer injections. This latter feature has a disadvantage, however. Unless skillfully applied, Dysport may spread to muscles, such as those in the upper eyelids, that you don’t want relaxed. That’s why it’s essential that you receive these treatments from an experienced physician like Dr. Nikolov.

How Does Dysport Work?

Whenever your face makes a movement—you smile, squint or frown for instance—your facial muscles contract and the skin over those muscles creases. These are called dynamic wrinkles because they disappear when the facial movements stop. As you age and your skin loses its elasticity, those creases deepen into static, or permanent, lines and wrinkles. Dysport is injected directly into the muscles that cause facial wrinkles, temporarily immobilizing them. It specifically targets the glabullar muscles – the ones that form creases on your forehead when you frown.

Dysport diffuses a bit farther from the injection point than Botox: one to three centimeters compared to Botox’s one centimeter. This means that fewer injections are needed, but it also means that the health professional doing the injections must be very skilled to ensure that the drug does not spread to nearby muscles and cause eyelid and or eyebrow drooping or other unwanted side effects.

Like Botox, Dysport is injected directly into the facial muscles beneath the lines of the face. Usually, only 3 to 5 injections are needed to treat glabellar lines. Most people find the injections almost painless, so a local anesthetic is not usually needed. If you’re concerned, however, you can request an anesthetic (numbing) cream prior to treatment.

The treatment session typically lasts less than 15 minutes. The full effect of the treatment will take several days as the muscles gradually relax.

HOW LONG DO RESULTS LAST?

Results begin to appear within one to seven days after treatment, with day three being the median. (In other words, half the patients treated see wrinkle-smoothing results before day three, and half see results afterward.) Dysport contains less protein than Botox, so the body tends to break it down more slowly. The studies are mixed, however, about whether the results lasts longer than Botox. A large clinical trial sponsored by Dysport’s manufacturer and published in the March/April 2009 issue of Archives of Facial Plastic Surgery reported that effects lasted more than 13 months in some people. Botox results can last up to four months.

ARE THERE ANY SIDE EFFECTS?

As with Botox, any side effects that develop tend to be minor. Headache may occur, and if the drug diffuses too widely, eyelids or eyebrows may droop. If you choose Dysport to smooth out your wrinkles, be sure you receive treatments from a well-trained and experienced health professional.

The FDA has required both Dysport and Botox to include a warning on their labels of an extremely rare but potentially life-threatening complication—botulism poisoning. It appears, however, that such complications have primarily occurred in people who are receiving overdoses of the drug for unapproved purposes. The FDA has stressed that when given for approved uses—such as the correction of facial wrinkles—at approved doses, botulinum toxins are perfectly safe. Indeed, millions of people around the world have been treated safely with them for many years.

Office Hours
Get in touch